Today is the release of my dark fantasy novel Unreal City! 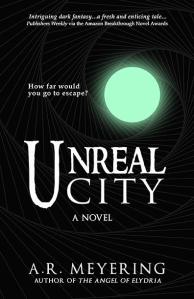 This is the story of grief-stricken college student Sarah who makes a pact with a familiar spirit after losing her twin sister. This familiar spirit takes her to a beautiful and terrifying place called Unreal City in return for a taste of her blood. In the City all of her most fantastical and secret desires are made to seem real. But nothing is what it seems in this place. 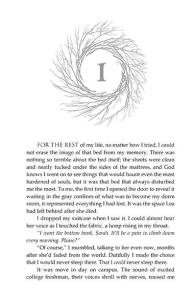 For the next couple days I’m going to be posting some stuff about this novel and the world inside of it. There’s so much of the background information I kept out of the book to keep the story flowing and I want to share some of it here.

So to start out with, where did Unreal City get its name? Poetry lovers have probably already guessed it!

“Unreal City,
Under the brown fog of a winter dawn,
A crowd flowed over London Bridge, so many,
I had not thought death had undone so many.”

The name of the world, the title, and event the inspiration for many of the themes in the book came from T. S. Eliot’s The Waste Land. This poem has always fascinated me with its many subtle symbols, it’s overall feeling of unease, the questions it raises about how to live with authenticity. The opening quote is also from this poem:

“That corpse you planted last year in your garden,
Has it begun to sprout? Will it bloom this year?
Or has the sudden frost disturbed its bed?”

If you’ve read the book, you know that this line comes to mean something a little more literally. But it also is where the theme is centered. I wrote this book at a very difficult time in my life and the messages in this poem (and also actually WRITING the book itself) helped me work through it. 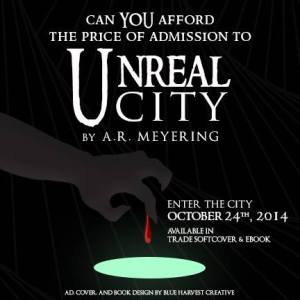 Another inspiration I had from The Waste Land was Eliot’s many allusions. The poem is so full of them that the author released footnotes to keep track of them all. I also worked this into Unreal City on purpose. The many names that Felix has before, the items written on the wall of Poe’s garden and more were done for this reason. There is also another strong reference from the poem itself, “Fear death by water.” 🙂 Bwahah.

There is more about Unreal City to come! For now, please check out the book and maybe sample the preview!

Thank you to Blue Harvest Creative for all the beautiful graphics and the book design!

3 thoughts on “The Gates to Unreal City Have Opened”